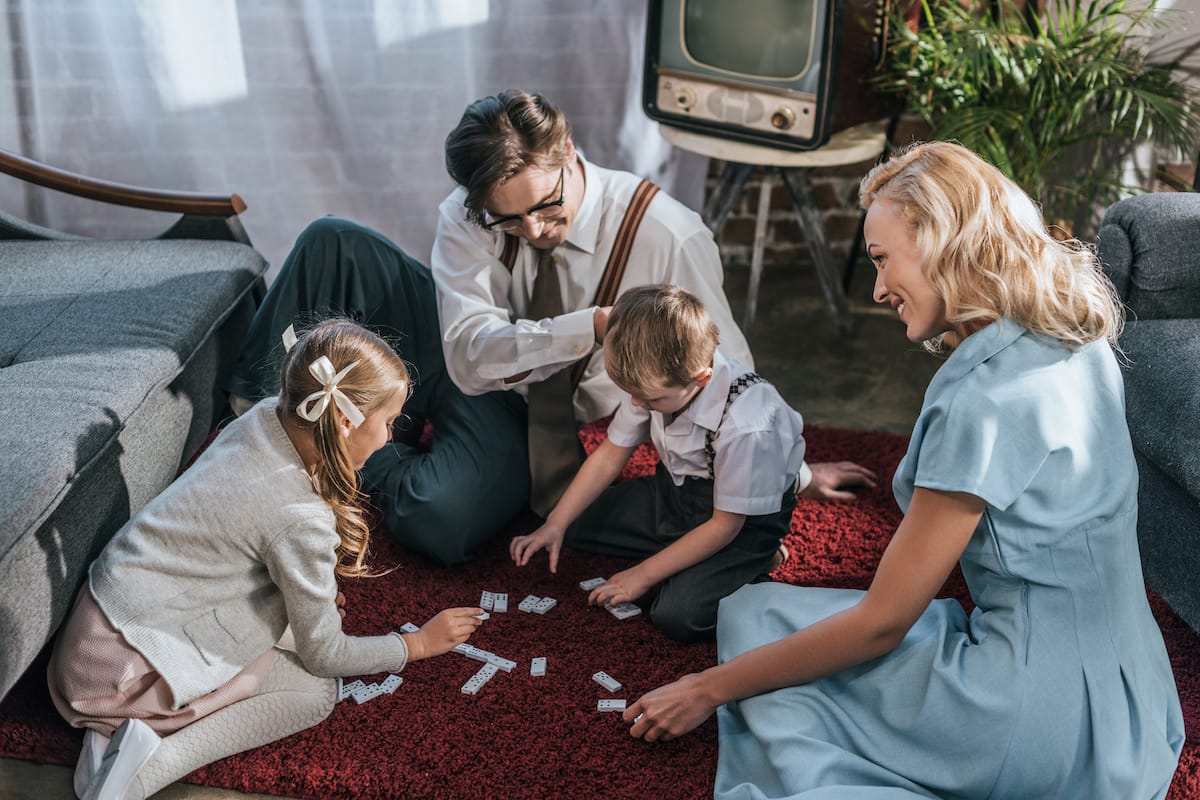 There are a lot of “booms” associated with the 1950s. It was a significant decade for most of our residents at Aston Gardens retirement communities in Florida.  Many would say that the 1950s were an ideal reflection of what former British Prime Minister Winston Churchill said in 1945, which was that America at that time stood at the summit of the world. Looking on the brighter side of things, the following are some of the reasons the 1950s represented simpler and arguably better times, though you may not quite remember things the same way.

Unemployment levels dropped to under 3% in the 1950s, which was truly remarkable, considering that the not-so-distant ‘30s reached 25% unemployment. Anyone who lost their job could pretty much count on getting back to work within four months. The economy truly was booming. The American population was confident that the future held peace and prosperity. The gross national product more than doubled to more than $500 billion between 1945 and 1969. A lot of the spending was government spending that went to construction of schools and highways as well as to increased military spending and distribution of benefits for veterans. The middle-class grew significantly, and people had more money than ever before.

Suburban life boomed in the 50s. Returning soldiers were able to obtain low-cost mortgages through the G.I. Bill, making it often cheaper to buy a suburban home than it was to rent a city apartment. The new suburban homes that were so popular were ideal for young families and were complete with backyards, for the children to run around in. Room was definitely needed for children, since this was the era when baby boomers were born. Approximately 4 million babies were born every year in the U.S. in the 1950s. The baby boom didn’t taper off until 1964, and by the end of it, there were nearly 77 million baby boomers, many of whom are making plans to reside in an Aston Gardens retirement community in Florida.

The 1950s were perhaps the most optimistic times for our country within our lifetimes. A polling company found that between 1955 and 1960, about 40% of the people questioned were very happy. This statistic represented a surge in personal contentment that has never since been matched. The 50s have also been identified as a peak smiling time for our nation, with many things in society considered to have gone downhill after that.

The debt our nation was plunged into with World War II was under control by 1950, and things improved steadily. In 1950, national debt was about 70% of GDP, and that number dropped to 40% by the end of the decade.

The popularity of America fairly exploded after WWII. In the 1950s, even French citizens were infatuated with the United States of America.

The murder rate was at its lowest in 55 years in the 1950s, when it reached approximately 4 murders per 100,000. It was safe to leave your doors unlocked, even at night. Children were free to ride their bicycles through their neighborhoods and even play in abandoned warehouses. The simpler times of the 50s included a strong sense of safety and security for people in most neighborhoods.

Following WWII and through 1970, purchasing power in America exploded. An entire family was provided for by one man working a blue-collar job. Even those who earned minimum wage in a full-time job typically had enough to cover rent within a little over a week.

Taxes were raised on the middle class in the 1950s, when folks were enjoying their increased wealth. The rich and the middle class paid essentially the same rate of taxation, rather than the rich being given giant loopholes. When everyone faces the same tax rate, it makes it a lot easier for your hard-earned money to go to the Internal Revenue Service.

The American Dream has long captured the imagination of the world. The idea behind the American dream is that if you work hard enough, your aspirations will be realized. Things were definitely good for dreamers in the 1950s. Children born in post-WWII- America were more than twice as likely to graduate from high school than any other children born anyplace in the Western world. This upbeat trend continued through the early 1970s.

Anyone who says “Those were the good old days” in reference to the 1950s definitely has a point. Come to Aston Gardens retirement communities in Florida and get with residents to share your best memories of the 1950s.

Aston Gardens At Pelican Marsh is a premier senior living community in Naples, Florida. Our community provides multiple levels of care for aging adults, including independent senior living, assisted living, and memory care. Learn more about our programs by contacting us online or giving us a call at 239-320-7828 today!

Why We Chose Independent Living
November 20, 2020