All About Sleep Apnea 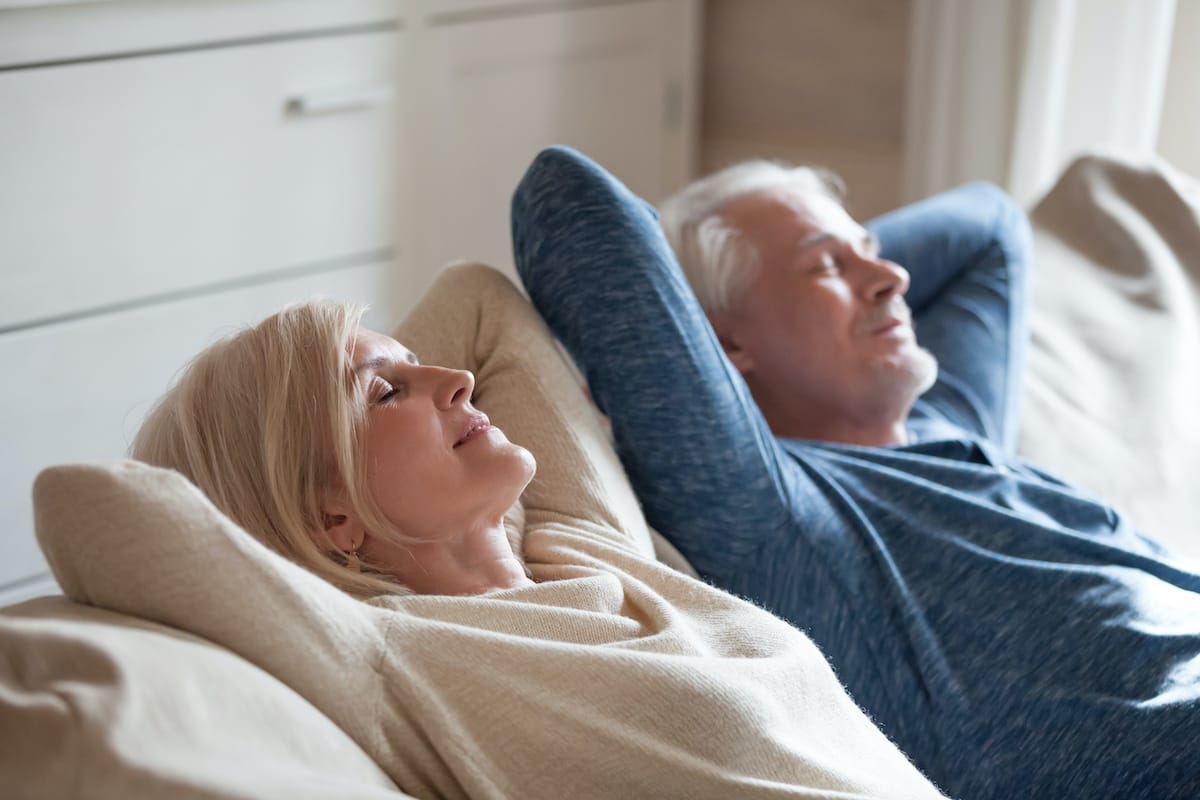 Sleep apnea has become a painful, dangerous problem in Americans today, and it is as prevalent in seniors as any other segment of the population.

There are two types of sleep apnea: obstructive and central.

Obstructive is the more frequent of the two and is caused by throat muscle and tissues relaxing during the sleep period. The soft palate will collapse on the throat, blocking the flow of air into the lungs either partially or completely. The air that does make it through results in loud snoring by a person, but when no air gets by, an apnea results – that is, the person stops breathing altogether until the lungs signal the brain of what is going on, and the brain “wakes up” the body to get the airflow started again.

These apneas can result in forgotten periods of wakefulness during the normal sleep cycle of mere seconds, but over time can become increasingly detrimental and dangerous to a person’s overall health as the body is deprived of oxygen as many as hundreds of time per night.

Central sleep apnea is far rarer and is caused by an imbalance in the brain’s respiratory control. The brain does not respond to normal stimuli that trigger a person to breathe while asleep, resulting in the occurrence of apnea.

There are numerous forms of treatment to battle sleep apnea, from surgery to fitted mouthpieces which can force a person’s jaw forward, lessening the likelihood of the collapse of the soft palate at night.

Surgery often does not do the trick and can be painful and risk infection, while the mouthpieces work only some of the time, and can lead to worse problems with facial structure and jaw/neck pain.

Sleep apnea can be tough to diagnose in seniors because its symptoms manifest in ways that many other ailments common to older people, including the natural process of aging.

Nighttime symptoms of sleep apnea for seniors include restless sleep, tossing and turning, night sweats, and snoring. In the daytime, they include a lack of concentration, headaches, snoring, and daytime drowsiness.

In general, the only way to determine if you have sleep apnea and to establish what level of sleep apnea you may be suffering from is to visit a sleep specialist. These professionals can perform a sleep study, in which you either spend the night at a clinic, or take home equipment that will record information about your sleep patterns for a night based on sensors dedicated to registering your pulse, blood pressure, oxygen levels, brain activity, and more.

If sleep apnea is mild, things as simple as sleeping in an elevated position – stacking pillows or raising the head of your bed, if it’s adjustable, can do the trick.

If apnea is more severe, the gold standard treatment is the use of a CPAP machine. CPAP stands for Continuous Positive Airway Pressure. The machine itself is a mask worn over either the nose or the nose and mouth which uses an air pump and a tube to send a stream of low pressure air into the airway in order to keep the muscles from collapsing and blocking the airway.

For most people, the most difficult part of using a CPAP machine is getting used to it. People who have never felt claustrophobic in their lives can suddenly feel an extreme case of it when a mask is on their face, blowing air into their nose from a tight enclosure. For some people, it’s a bit like trying to go to sleep while wearing scuba gear. It is not what we are used to, and since sleep is a time when we are trying to be at our most relaxed, it can be a stressful time.

Finding the perfect fit for the mask on your face is absolutely essential to getting comfortable with the mask, as any leakage will increase the discomfort as well as the noise level associated with the machine. Many CPAP machines feature a “ramp” feature, which will start the pressure very low, giving the patient time to fall asleep before gradually building up to the level necessary. Once you can comfortably use the CPAP machine in the day time, try using it at night. You may also try relaxation techniques before bed, or wearing it while reading in bed or watching television, so it is a gradual process of falling asleep while wearing it.

Sleep apnea, while still relatively unknown as a condition, has both serious consequences and hard-to-determine symptoms. If you have any reason to suspect you may have sleep apnea, consult your physician immediately.

Aston Gardens At Parkland Commons is a state-of-the-art senior living community in Parkland, FL. Whether you or an aging loved one is seeking independent living, assisted living, or memory care arrangements, our community provides a warm and welcoming atmosphere for all seniors. Learn more by contacting us online or giving us a call at 954.340.1908 today!

2 Considerations When Comparing The Price Of Assisted Living In North Port, FL
August 31, 2022

4 Signs It’s The Perfect Time For Your Loved One To Move To An Assisted Living Home In Naples, FL
August 30, 2022

The Perks Of Living In Retirement Communities Near Margate, FL
August 24, 2022